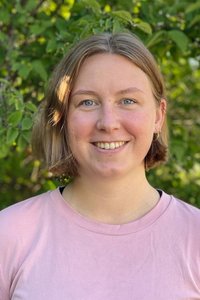 Before and during my graduate studies at the University of Iceland I became exceptionally fascinated by intra and inter specific biodiversity, and the genetic, developmental and evolutionary processes that generate this diversity. I carried out a research project during my graduate studies where I investigated tissue-specific gene expression in a wild fruit fly population and the expressional responses to an artificially selection against a phenotype caused by an experimentally introgressed mutation. Interested in the genetic origin of gene regulatory difference, I analysed the genomes of these strains in continuation of my Master’s research after graduation. In parallel, I studied the role of miRNAs in the context of speciation as I am also interested in the whole picture of gene regulation. My interest in evolution, diversity, and the genotype-to-phenotype map led me to work as a technician on another project, studying the link between plasticity and divergence in more and less specialized ecotypes.

These interests urged me to pursue a Ph.D. in evolutionary genetics, where I seek to become a contributing and independent scientist in the field. I believe the program at the Vienna Graduate School of Population Genetics provides an excellent opportunity for me to achieve my goals. During my Ph.D. at the Schlötterer lab, I aim to assess the causes of different selection responses. Previous studies (Barghi et al., 2019; Mallard et al., 2018) demonstrated population specific selection responses to high temperature between two D. simulans populations, despite similar phenotypic selection response. The main aim is to better understand what determines a few parallel pronounced selection targets in one population and redundant multiple less pronounced selection targets in the other. This study will improve our understanding and prediction about if and how populations may adapt to changing environments, and be applied in climate change.