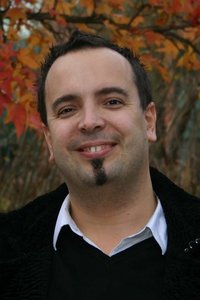 Robert studied agriculture and obtained a PhD in molecular plant breeding. During his PhD he developed a strong interest in bioinformatics and he was immediately captivated by the potential of the then emerging Next Generation Sequencing (NGS) technologies, as NGS would have allowed Robert to complete his PhD in months rather than years.

To get early access to NGS data he moved for a PostDoc to Barcelona and then, to apply this experience with NGS data to his main research interest, the evolution of genomes, he moved for another PostDoc to Vetmeduni Vienna. There he started his own group in fall of 2016.

Robert is convinced that an interdisciplinary approach, encompassing wet-lab work, bioinformatics and population genetics modelling, will be key for shedding light on the evolution of genomes.