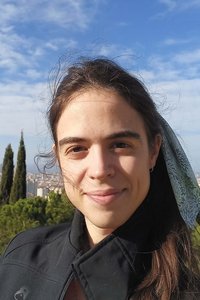 Ever since I graduated in biology, my academic career has been motivated by an interest in understanding how evolutionary change occurs. As a result, I took a master's degree in genetics at the Universidad Autónoma de Barcelona and subsequently discovered the potential of Drosophila as a model system in evolutionary biology during my time as an intern at the University of Liverpool. This led me to become a lab technician at the Institute of Population Genetics for a year and a half, where I have been involved in an exciting project in Neda Barghi's group on the adaptation of experimentally evolving populations of Drosophila.

I am happy to continue in the same project at PopGen Vienna. As a PhD student, I will study polygenic adaptation by investigating what are the genomic and phenotypic changes in populations of Drosophila following a change in the optimal trait. To do this, we are evolving populations of small and large sizes and collecting time series sequencing data.