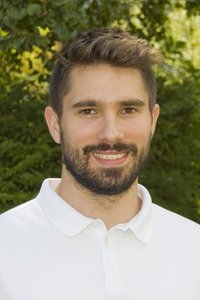 Rui Borges studied biology at Porto University (Portugal). He then pursued two masters in Evolution and Mathematical engineering in the same institution. He received his Ph.D. from the University of Porto in 2017. During his Ph.D., he studied the molecular evolution of vision, with the main aim of understanding the evolutionary forces involved in the highly derived visual phenotypes of birds and mammals. During four years of postdoc, he worked on the interface between population genetics and phylogenetics, developing species tree inference methods. Since July 2021, he has held an independent group leader position at Vetmeduni Vienna, where he studies the evolution of coding sequences with the aim of developing more complex models and methods to study species adaptation.