07.09.2022: What effects do global environmental and climate changes have on social behaviour - this question is being investigated in a current study by the Konrad Lorenz Institute of Ethology (KLIVV) at the Vetmeduni, using poison dart frogs that live in the South American rainforests. Poison dart frogs are affected by a number of changes in their habitat. The researchers therefore expect a significant change in social behaviour, including increased levels of aggression and parental care challenges.

Human-caused environmental changes include habitat loss and fragmentation, spread of novel pathogens and diseases, pollution, and climate change. In the tropics, too, these disturbances affect a wide variety of species. The resulting interactions challenge the social and sexual behaviour of animals and their interaction with the environment.

Amphibians such as poison dart frogs (Dendrobatoidea) exhibit a wide range of social and sexual behaviours. According to the researchers, this makes them a useful model for understanding the potential adaptations of animals exposed to rapid anthropogenic environmental changes and their impacts on species.

Challenges for young and parent animals

The scientists assume that young animals and larvae are particularly threatened by environmental changes. “More irregular rainfall and higher temperatures limit the availability and diversity of larval nurseries while increasing the likelihood of desiccation. In order to compensate for these negative effects, parent animals will spend more time tending to clutches and taking tadpoles to less endangered rearing sites," says lead author Lia Schlippe Justicia from the Konrad Lorenz Institute of Ethology (KLIVV) at the Vetmeduni.

In addition, the experts expect more frequent cannibalism among young animals and generally higher rates of aggression in adults due to a limitation in resources and territories and human-caused noise. The last author of the study, Bibiana Rojas from the KLIVV says, "Changed environmental conditions resulting from small-scale deforestation or increased noise pollution can disrupt important communication processes, such as courtship or partner selection, since the call of the males is harder to hear and the recognizability of the partner therefore reduced." 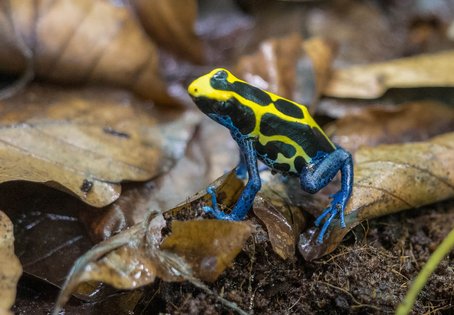 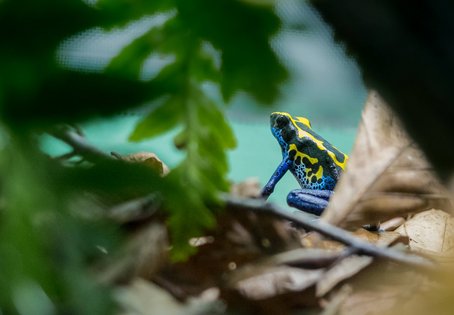 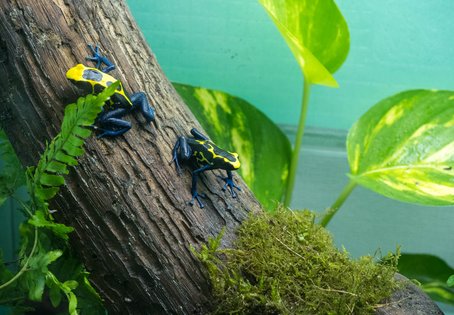 Anthropogenic environmental changes have a major impact on the interactions of organisms with each other and with their environment. Changing behaviour is often the first reaction. The nature of this behaviour can determine how or whether organisms adapt. The survival of the offspring is of particular importance. According to the researchers, the analysis of behavioural and environmental changes through future studies will make an important contribution to better assessing the effects on different species and populations.